Major General Gwen Bingham, commanding general of U.S. Army TACOM LCMC, offered a keynote address.  Part of the Detroit Arsenal, more than 1,800 military and civilian employees work here where they are responsible for procuring up to 70 percent of everything a soldier wears, drives, shoots or eats.

And of course, our emcee extraordinaire Huel Perkins, anchor for Fox 2 Detroit, guided us through the program as County Executive Mark A. Hackel awarded recipients in seven categories. The impressive crystal awards went to: 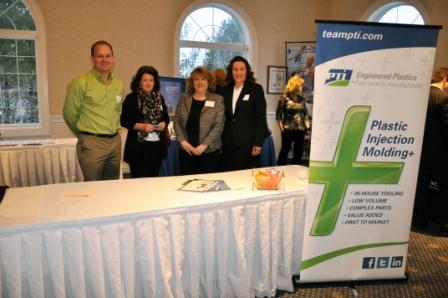 PTI is a custom injection molder and manufacturer of plastic components and assemblies whose global customer base varies from small tier suppliers to large OEMs. In 2014, they launched a new initiative and the first of its kind for Macomb – the PTI Technical Academy.  It is designed to introduce the fundamentals of the manufacturing industry to high school students who may wish to pursue a technical career path.  Each class consists of a lecture and hands-on activities.  PTI’s goal is to design and implement education and skill-building programs that will strengthen their workforce and increase the skilled labor force in the community as a whole. 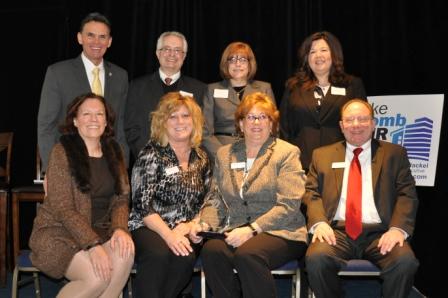 First State Bank is Macomb County’s hometown bank.  Since 1917, First State Bank has demonstrated a commitment to their community and neighbors.  Recent community initiatives include a free mobile app called Banker Jr. to help kids save and learn money recognition and budgeting through games, no-cost debt counseling for customers through GreenPath Debt Solutions, a scholarship program with Macomb Community College for 11 incoming East Detroit students with $1,000 for the academic year, a Thanksgiving food drive for Macomb Food Bank, monetary support to Stony Creek Metropark to revive the Detroit Symphony Orchestra concert and fireworks and much more.

Founded in 2004, Coliant started in a basement designing, manufacturing and distributing rugged electrical accessories that are intuitive and universally adaptable.  Now, as award-winning developers of several technologies, Coliant primarily serves the automotive and power sport industries.  More recently, they deepened their relationship with the Department of Defense (DoD) and are now in negotiations with companies in several secondary-market industries including sporting goods and aerospace.  In 2010, Coliant released their first Personal Climate Control System™ under the trade name RapidFIRe to great reviews.  In 2013, their RapidFIRe heated jacket liners received a perfect rating from Adventure Bike Rider. This year, Coliant was hired by SAIC for the DoD. 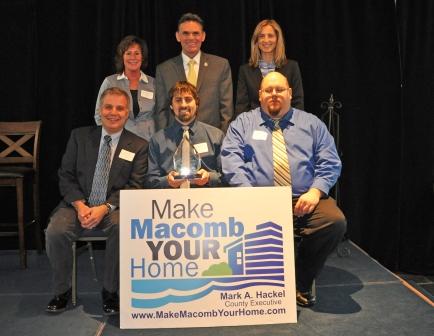 Shelby Foam Systems makes foam pad products for Magna facilities that manufacture complete seat systems for global automakers.  In 2014, Shelby Foam Systems implemented many projects and programs which are beneficial toward saving energy, the environment and reducing operational expenses.  The key projects included LED lighting, VSD air compressor, process cooling and e-waste recycling.  An air leak tag board was created after a plant air audit to promote employee involvement and awareness toward fixing compressed air leaks.  They partnered with DTE’s Energy Incentives Program which provided incentives for various improvement projects and the use of Michigan-made products whenever possible.

Start-up Business of the Year: SkyBlade Fan Company of Warren

SkyBlade is a manufacturer of high-volume, low-speed ceiling fans that range in diameter from 12 to 24 feet.  Their fans save on energy costs by recycling trapped heat and by cooling buildings.  Since beginning in a basement, SkyBlade has moved to a 15,000-square-foot warehouse and office space.  Each year, sales have grown higher than projected which has allowed for additional staff to be hired from the local area.  The technical nature of this industry allows them to hire architecture and engineer majors as interns from both University of Detroit Mercy and Wayne State University, giving them the necessary job skills to hit the ground running after they graduate. 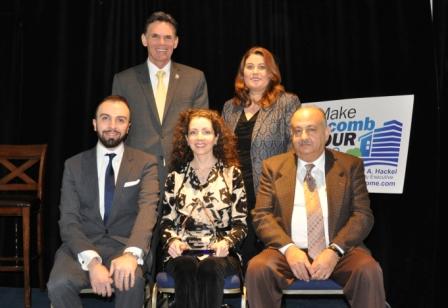 The Chaldean Community Foundation is dedicated to advancing the needs of the Chaldean-American community through education, charitable giving and advocacy.  Among its missions is to provide Iraqi refugees and low-income immigrants with necessary medical, psychological and social services to assist with American acculturation.  Through their seven key initiatives, they help refugees of the Iraq war to become less dependent on federal and state subsidies, supply mental health services, provide free or reduced-cost health care, provide low-interest loans to help refugees purchase cars as well as emergency loans for shelter and offer assistance to the disabled.  The foundation also administers cultural competency training to community organizations. 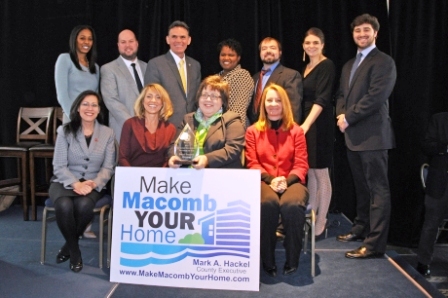 Charged with retaining and attracting business investment to the region, the department has been integrally involved in many of the chamber’s programs.

Videos of the finalists have been posted to MacombGov, Macomb County’s YouTube channel